Spiritual Leadership in a Fallen World 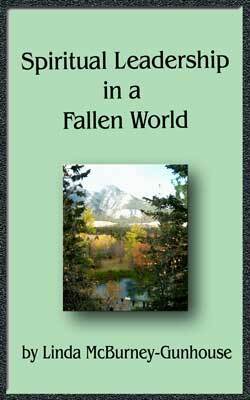 We live in a fallen world that is in desperate need of good leadership. Whether it's in a political arena, workplace, educational institution, church setting, social setting, or at home, we need to understand the core spiritual values of good leadership. More than just acquiring a head-knowledge, we need to come under a leadership that is life changing, and one that will profoundly affect how we live our lives. Find out also, what to do when leadership fails, and how to be healed if you have fallen victim to leadership gone wrong. Learn what it takes to lead, and also how to follow in a way that brings ultimate success in your life and in your relationships.

Chapter 1 - Understanding the Idea of Leadership

There is a way which seemeth right unto a man, but the end thereof are the ways of death. Proverbs 14:12

I learned that true freedom does not mean you can do whatever pleases you whenever you want. True freedom is something you can’t obtain on your own no matter how hard you try. It happened for me when Jesus Christ became the Lord of my life, and I no longer felt controlled by my own sinful desires. Only Jesus can set us free, found in John 8:34-36:

Jesus answered them, Verily, verily, I say unto you, Whosoever committeth sin is the servant of sin. And the servant abideth not in the house for ever: but the Son abideth ever. “ If the Son therefore shall make you free, ye shall be free indeed.

They may not be judged today, but far worse, they are reserved for the “day of judgement.”

But these, as natural brute beasts, made to be taken and destroyed, speak evil of the things that they understand not; and shall utterly perish in their own corruption; 2 Peter 2:12

Freedom doesn’t mean resisting authority, rather, it means submitting to it as unto the Lord. Some may be reading this right now and going through a very difficult situation with an obstinate husband, a stubborn boss, or even a pastor of a church whom you don’t see eye to eye. Perhaps political decisions have been made that are having a negative impact on your day to day life. Like me, maybe you are frustrated and confused, knowing you can’t change things the way they are. Perhaps you’ve tried many times and failed. In the next chapter, we’ll discover leadership that is life changing, and from this discovery, we will have a much better understanding of what leadership should look like.