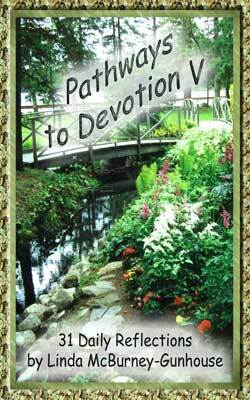 Pathways to Devotion are a series of devotionals offering inspirational insights for every day situations. These easy-to-read daily devotional books offer encouragement, hope and practical answers to help us along life's way. After you read one of these inspiring devotionals, you will want to read them all. Each daily devotion offers an Application section for further Bible reading, a suggested prayer and further reflection.

Where the word of a king is, there is power: and who may say unto him, What doest thou?  Ecclesiastes 8:4

One day I was reading my Bible and read the above verse.  Immediately I thought of the kings of old who held entire kingdoms in their authority, and who could make a wish and then have it carried out immediately.  In political terms, it was “despotism,” ruling over people like a dictatorship.  Not all kings ruled with a repressive rod, but many did and destroyed their own kingdom in the process.  But I also thought about absolute power.  No one on this earth has absolute power.  Only God has absolute power.  When a ruler is evil, he will use his power that will destroy others while building his own kingdom.  We think of modern day political parties and the governments that we pay substantial taxes to.  We often wonder if they are using our hard-earned money for the good of the people, or just lining their pockets to live an extravagant life and are saving up for a very comfortable retirement.  When it comes to money, most people in power will inevitably be tempted to take more than their fair share of an income while many of the people they are supposed to be serving (i.e. the term “public servant”) will suffer financial hardships.
Contrast this to the Lord Jesus Christ:

But made himself of no reputation, and took upon him the form of a servant, and was made in the likeness of men: And being found in fashion as a man, he humbled himself, and became obedient unto death, even the death of the cross. Philippians 2:7-8

We must remember that Jesus was the Son of God, God in the flesh who already had all authority of things in heaven and things on the earth.  None of us one would even exist if He had not created us.  And all He created were for His glory and for His pleasure, yet He never demanded that anyone believe in Him or worship Him.  His kingdom is nothing like an earthly kingdom, for He seeks to build a kingdom made up of people, people of God, not an earthly kingdom of wood, hay and stubble, or that is dependent on the riches of others.
When we think of authority, we think of rights.  A person with authority has the right to make decisions based on the weight of their title and the responsibilities that go with it.  They have other rights and privileges, too.  As children of God, we, first of all, have the right to be called the “children of God.”  With this title comes many privileges and also responsibilities.  The greatest privilege is that we can enter into the throne room of grace at any time of the night or day and ask our Father to meet our needs and the needs of others.  We have the authority, in Jesus name, to cast out evil forces, demons and the devil himself when we are being harassed, threatened or tempted.  This is a pretty weighty right — to be able to cast away the devil and the princes of the power of the air.  Also, we can carry our prayers to the highest human institutions and God will act on our behalf according to His will.  This is an amazing use of power, when we pray according to God’s will.  If you think of it, we serve the Kings of Kings and Lord of Lords and He loves us and calls us His own beloved children.  May we use the authority He has given us often and according to His will.